Patriotic playgrounds in Orange County make it feel like the 4th of July anytime of year. There aren’t many that are red, white, AND blue. You may just have to settle for red & white or blue & white. You can just bring streamers or those little flags to make up for the missing color.

Chapparosa Park in Laguna Niguel: When I polled my kids, my son said I had to include this one because it has an American flag. It did? He was right! 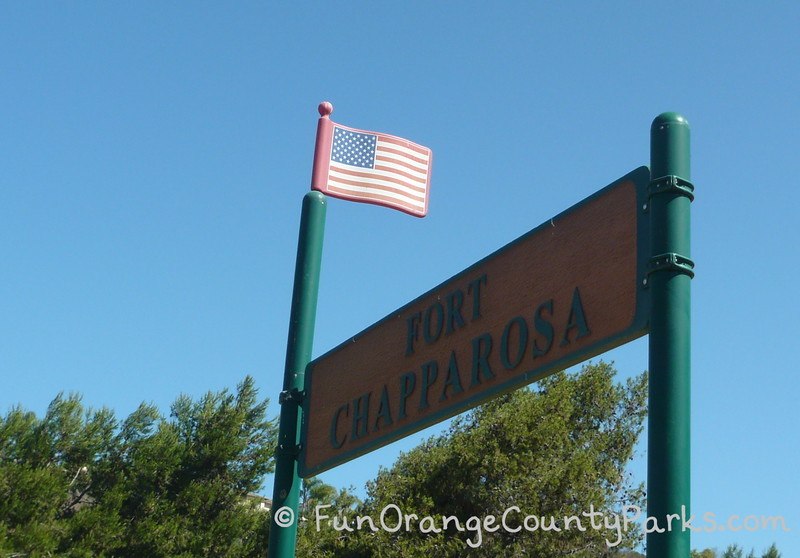 Olympiad Park in Mission Viejo: The Olympics are tops on my list of “what makes me proud to be an American.” 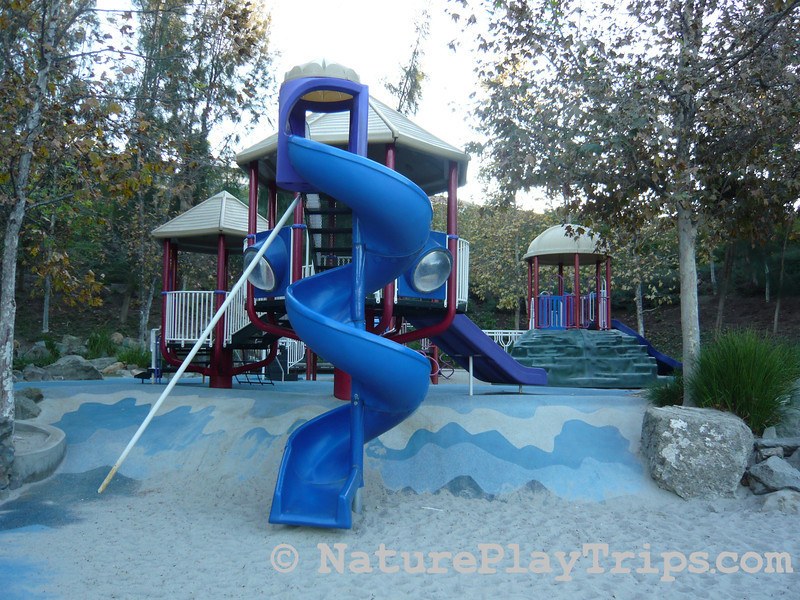 Sweet Shade Park in Irvine: Well, half of this playground is patriotic in color and mind-boggling in its geometric play shapes. 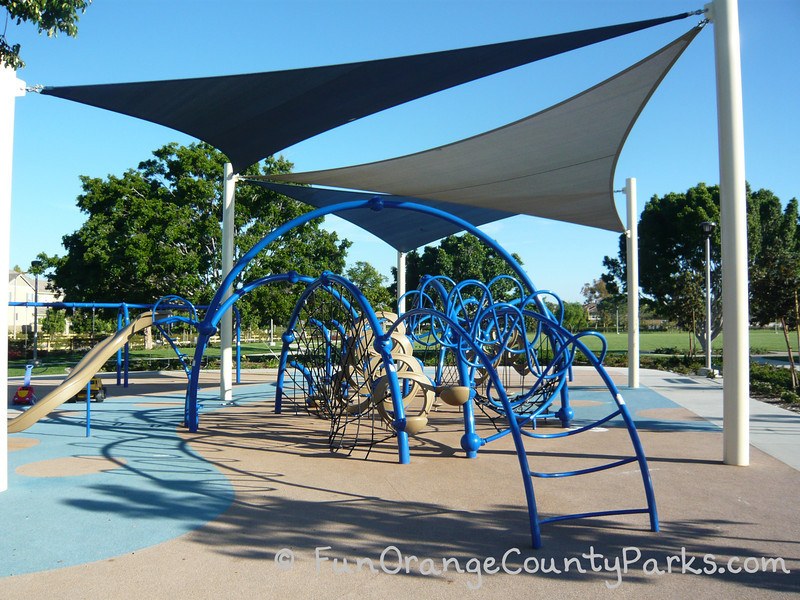 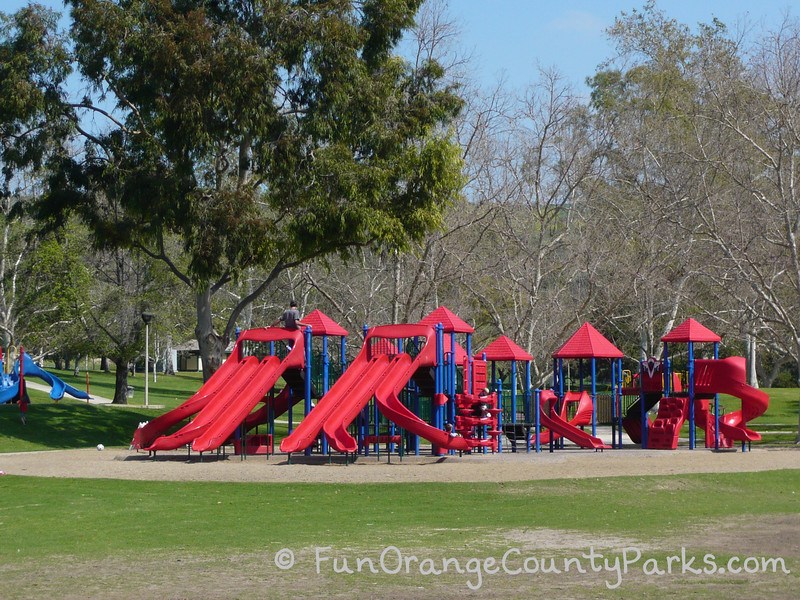 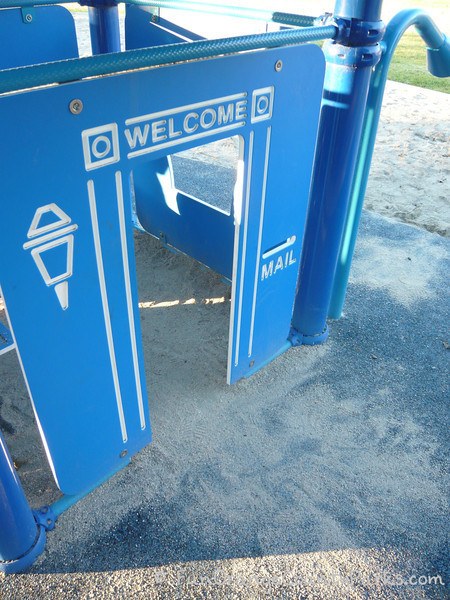 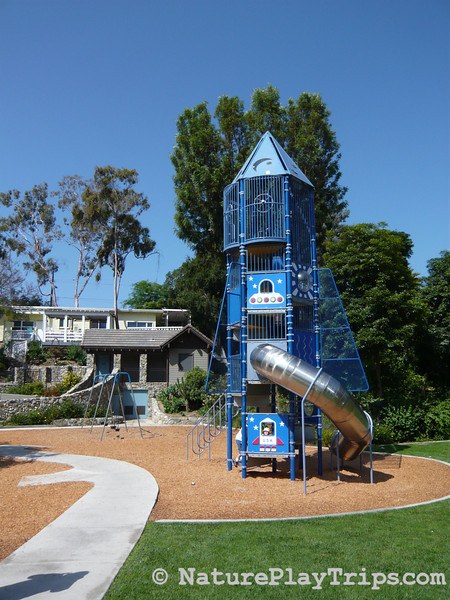 Beacon Hill Park in Laguna Niguel – Another rocket ship park with red, white, and blue in a quiet neighborhood with nice shady sycamores near the playground. 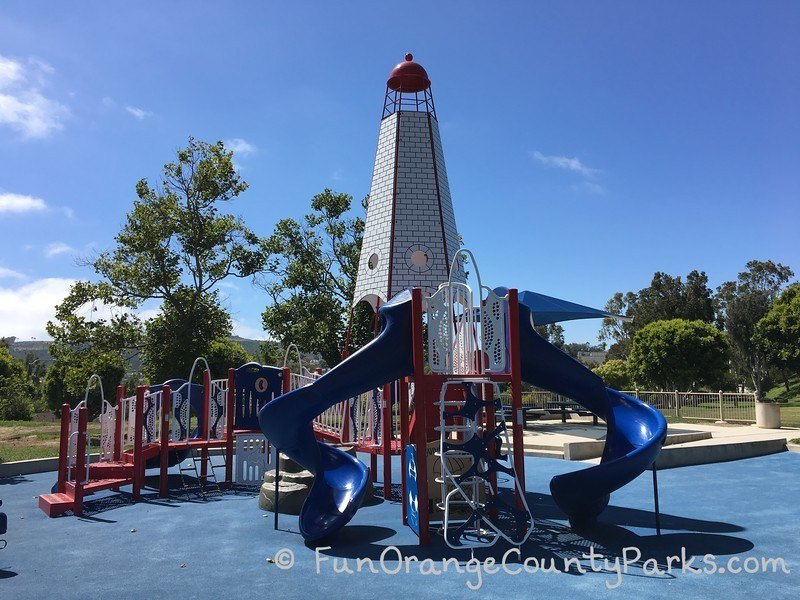 Tierra Grande Park in Talega (San Clemente): The big red barn play structure makes this a standout in the RED category, even the swings sport the brilliant hue. 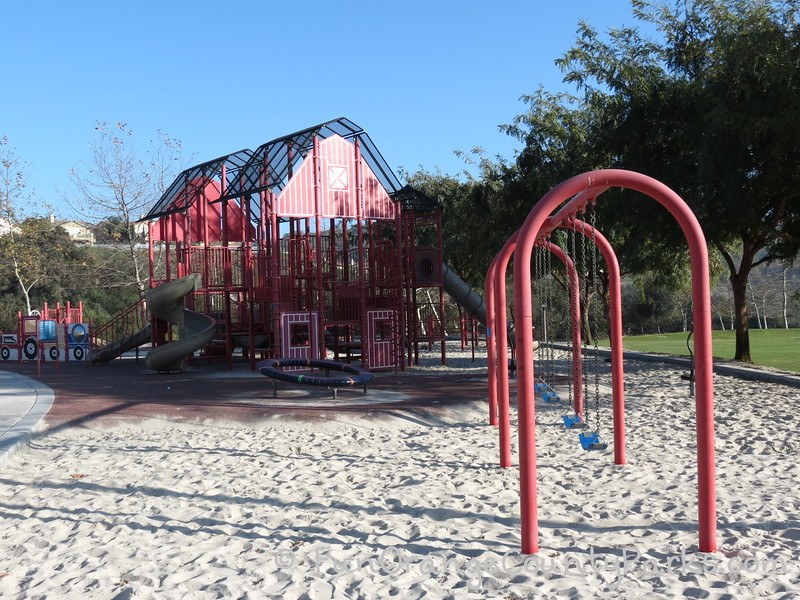 Bill Barber Marine Corps Memorial Park: By far the MOST patriotic of all the parks on my site. It’s red, white, and blue. There are stars on the ground and a real flag flying from a pole overlooking the playground. Kids can romp around the “Don’t Tread on Me” snake. 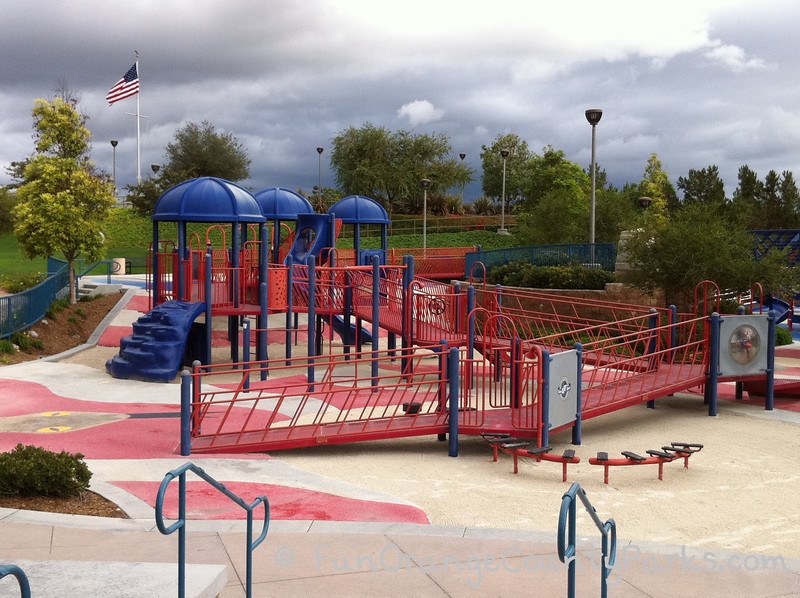 And, by suggestion in the comments, I’m adding Heritage Park Play Island for its colonial theme and Paul Revere statue. (Not officially in OC, but close enough!) 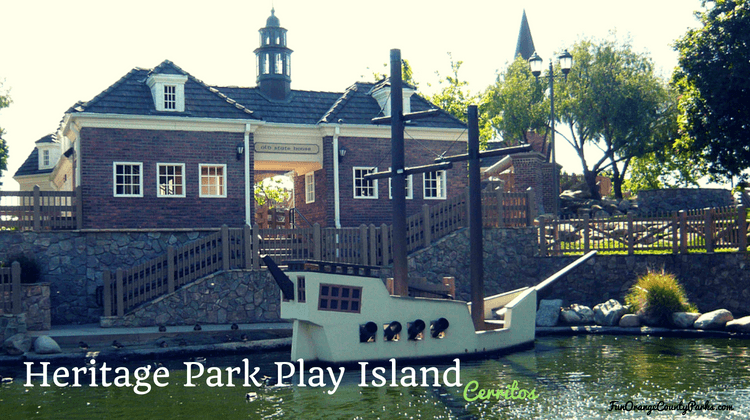 Stay safe and have fun!

I know Cerritos is technically in LA County, but in the spirit of the 4th of July I feel Heritage Park should get mentioned. My son simply calls this place the "Paul Revere Park," and loves to "defend" the island from the British using all the cannons placed throughout the island.

I love that! I will add it to the post. Thanks for the suggestion.