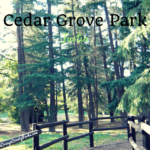 Cedar Grove Park in Tustin is a special place for picnics at the tables in the real cedar grove. See hummingbirds buzz around you and watch lizards skitter over the rocks. It's fun to let the kids get up and explore while leisurely munching. For once, a mealtime without any rules. The play areas offer many themes for pretending and a trail up to Peter's Canyon for the … END_OF_DOCUMENT_TOKEN_TO_BE_REPLACED 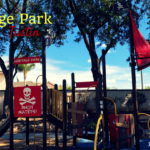 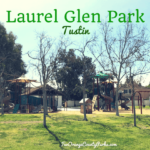 Laurel Glen Park in Tustin is RIGHT around the corner from REI in Tustin. I can't believe I didn't discover it on my own. It took a reader suggesting it as a park with outdoor fitness equipment to put it on my radar. And even then, I didn't realize that it's such a gem in such a convenient spot. We visited around lunchtime -- grabbing burritos from Miguel Jrs. -- and made a … END_OF_DOCUMENT_TOKEN_TO_BE_REPLACED 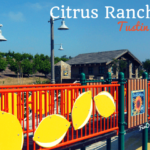 Citrus Ranch Park in Tustin was probably the most recommended park back in 2010. It's opening in February 2010 was eagerly awaited by many, since the playground was finished and visible long before the park opened. The playground photos are mostly from 2010 and the playground remains the same - however, the trees and landscaping have filled in to make it feel … END_OF_DOCUMENT_TOKEN_TO_BE_REPLACED 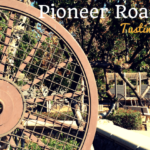 Pioneer Road Park is probably best-known for its summer water play. Thanks so much to Mary for recommending this one! It's not even on the map. My kids "oooh-ed" and "aaaah-ed" upon arrival at the brick-paved parking lot. Planners thought of every detail to make it feel like you've traveled back to pioneer days. From the many depictions of cowboys and the West to the … END_OF_DOCUMENT_TOKEN_TO_BE_REPLACED 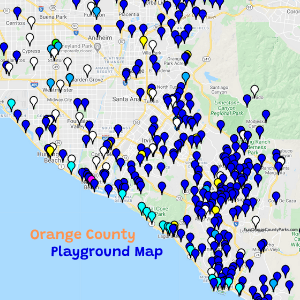 Writer mom and nature guide promoting play and empowering families to prioritize nature time since 2008. UNOFFICIAL information provided as a FREE community resource to over 300,000 OC families each year. Click to subscribe to my FREE email inspiring you with creative play ideas.