I first “met” Christopher on Twitter. He sent out a message as he was driving through Orange County and we’ve chatted on and off since then. He’d traveled to over 100 out of California’s 278 State Parks to record their beauty for his Folk4Parks.org “netroots” organization. We share the belief that the value of our parks is intrinsic; their existence shouldn’t be taken for granted. The last frame of his video is why I’m voting YES ON 21:

Ansel Adams said “beauty comes first” – using his images to help promote environmental goals of the Sierra Club. John Muir sat Teddy Roosevelt down in the middle of Yosemite to show him what could not be explained in words. In the same way, Christopher Grant Ward–a California native, artist, folk musician and film maker–is using his original photography, cinematography, music and writing to change the political conversation in California around State Parks.

In the last year, he’s visited more than 100 California State Parks, documenting the journey through photography and video, as well as interviews with park employees and visitors. Press releases and political debate often command the discussion around parks, but Ward believes the best arguments for supporting Prop 21 are the parks themselves.

“I saw a gap between the politics and the poetry,” Ward stated when asked why he started Folk4Parks.org and got involved in this issue. “The value of parks is not what they ‘do for us’ but what they are, essentially, how they make us feel, what they teach us. Their value is that they exist and that in this modern world we are still able to experience them.”

Ward’s most recent video, “21 Reasons To Vote Yes on Prop 21” is a FINALIST for in the Yes on 21 California State Parks Initiative video contest. It’s a 30-second viral short, featuring a series of park vignettes and Ward’s original music.  Give him your vote and Vote Yes on 21.

I watched all 21 finalists last night and voted for Christopher’s entry. Just for fun, here are my second and third choices:

Good luck to all the entrants!

Do you hear us, California? We care. 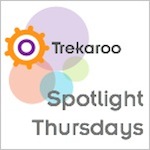 Dear Christopher, I am not sure whether you will receive this message, I will also try your e-mail address below. I met you last year at Mono Lake early in the morning when you took photographs of the birds. I am the older woman originally from Switzerland, we had a nice long chat. I subscribe to the Chronicle and when I saw your name, (I never forgot your name), I knew you were the one I met. End of August I am going again to Tuolumne hiking, I am planning to visit Mono Lake, I am well informed what is happening to our State Parks, it's very disturbing. I sent 25 dollars to Mono Lake Committe. I loved the article in Sunday's Chronicle about the lake, that is such a very special place. I hope you are doing well, best regards and good luck with all your travels MaryLou Robson

I love the analogy between the work of all the California (and beyond) bloggers calling attention to this cause, and Ansel Adams and the Sierra Club. Nature's beauty really does speak for itself.

[...] This post was mentioned on Twitter by Michele-Play Parks and BridgetASmith, Kelly Senser. Kelly Senser said: Applause! Protect parks… RT @OCPlayParks NEW Post: Between Politics and Poetry - all about @folk4parks and #Yes4Prop21 http://ow.ly/30Yvm [...]

Michele, Thank you for this. It brought tears to my eyes! So good to hear and see the work of Christopher Ward. I am so grateful for all of these tireless advocates for state parks. Let's hope it makes a difference!

Christopher does such a great job of "showing" rather than telling. Thanks for your comments!