Make-ahead twice-baked potatoes are part of my strategy to prepare family meals ahead of time to make room for extra play time!  I’m sharing some of my favorite make ahead meals, in hopes that you’ll have more time to play during the week.  Check out some of the MAJOR benefits: 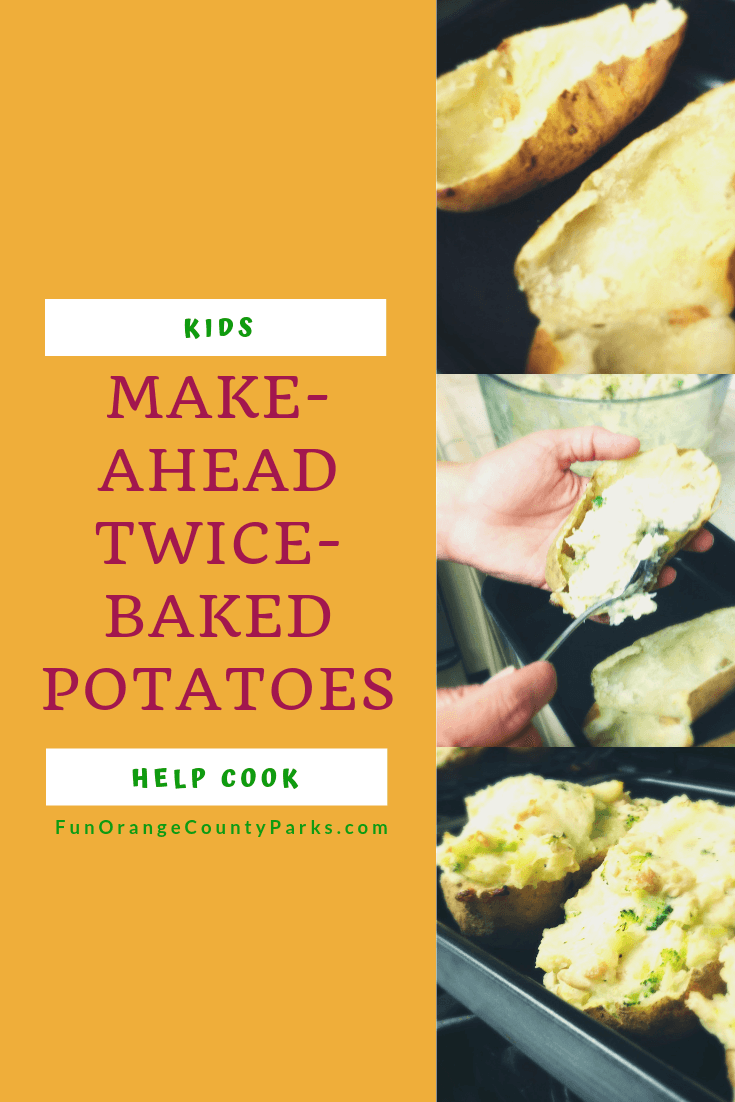 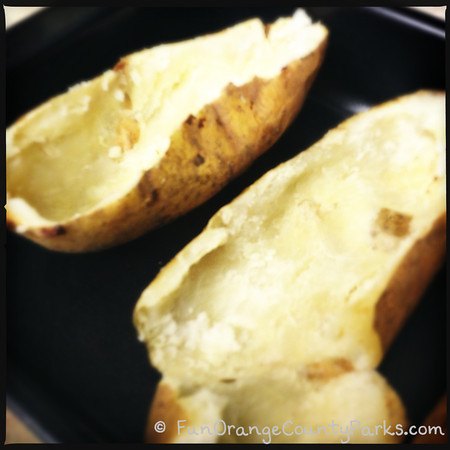 I included some different styles of making it in the recipe card below, but the sky is really the limit. You can add toppings like chili or chicken pot pie filling.

Or you can use sour cream and chives along with the butter and milk for a more classic baked potato flavor.

We find that the recipe is plenty of food especially when paired with a salad, but you can have it with a steak or chicken breast meal.

Other ideas for stuffing: 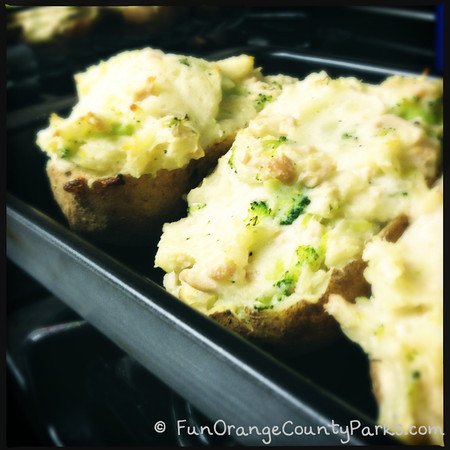 And if you're kids turn up their noses at veggies you can use white veggies such as cauliflower and even onion, diced really fine and they'll never know you added the veggies :)

Yummy is right!! Brings back memories! Love the recipe/index card version of the post, makes it easy to print and keep handy!