Flashlights are the shining stars of child’s play! Our power went out last week and I went to my emergency box to pull out one of six flashlights I have stored there. They’d all disappeared! Despite my nagging “You guys need to remember to put those back in case we lose electricity!” So just like I suffer through loads of towel washing in the name of Simple Play — I settle for candles when the power goes out since I can’t find a single flashlight! 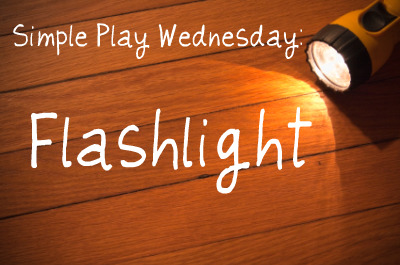 Really, the idea of simple play is to let your kids come up with their own play ideas. But here’s a few to get you started: