I have a Top Ten Nature Sights I Want to Visit list in my head. Heck, it’s probably a Top 20 or 30 list! Every time I see something cool on a nature show or read it in the travel section of the newspaper, I file it away in my brain.   I’ve never actually put pen to paper on the topic, though. A nature blogging friend, Melynda at YourWildChild.com, posted a photo of the Northern Lights on her Facebook page. I commented that it’s on my list of Top Ten Nature Sights I Want to Visit. We got to “talking,” along with Debi from GoExploreNature.com, and decided it would make a great collective blog post.

First, I must reveal a list of Top Nature Sights I’ve Already Seen! 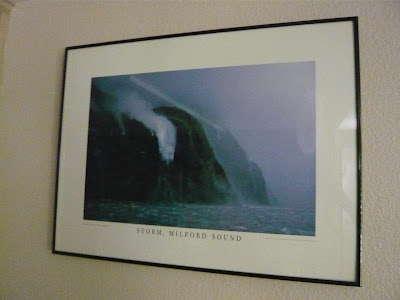 This is a gift from my Sis which hangs in my kitchen depicting #3 on my list. I get to look at it whenever I do dishes (which is A LOT).

So here are Ten Sights I still want to see:

This whole topic got us into an enthusiastic discussion over dinner. So I’ll have to share lists from my husband and kids in a separate post. 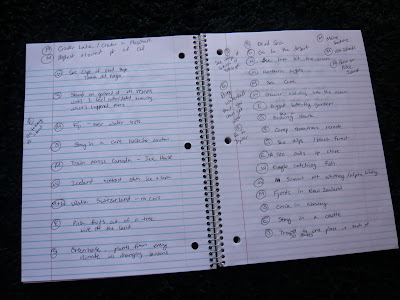 In the meantime, go check out Melynda’s post on YourWildChild.com where commenters are linking up their posts on the same subject!

Great list. There are so many places in the world where one should visit at least once in lifetime. These days’ numbers of countries are focusing more on development of their tourist destinations. So it’s difficult to say which the best so the least thing we can do is make a list and prioritize.

I am so jealous! You went to all of those places already? I wish I could too. For now, I spend time with family and friends camping and visiting National Parks, which I think is a great way to show children how important and beautiful nature is if we take care of it.

Yeah! I am so excited that you have the goal of going to EVERY state park in CA and EVERY national park with your kids. Those are two of my biggest goals as well. I am going to have to start my own nature goal list. Such a great idea!

You have had an exciting life! It's been so much fun seeing everyone's dream lists. Mine has about 100 entries now!

That's a big list. And you obviously appreciate the things you've already seen so much. Milford Sound is wonderful, and there are lots of other amazing sites around there too. And I definitely recommend the natural wonders of Australia, especially the Great Barrier Reef.