I first published Finally Speaking Out Against Shut Up Toys on OCFamily.com in November 2011.  I’m usually all about Pollyanna, unicorns and rainbows — so I was a bit nervous about getting into a controversial topic.  Then, in May 2012 stumbled upon The Interpretation of Cell Phones Mommy Footprint. I literally cried when I read the first paragraph (writers do that when their words make a difference).

Speaking Out Against Shut Up Toys

I think it’s because I’m very sensitive about parental guilt. We don’t need it. We guilt ourselves about everything! Time, diet, sleep, spending, saving, and all the other stuff we’re often too tired or too harried to get to in a day. I always felt a post like this would bring on a huge dose of mommy/daddy guilt that you don’t need. 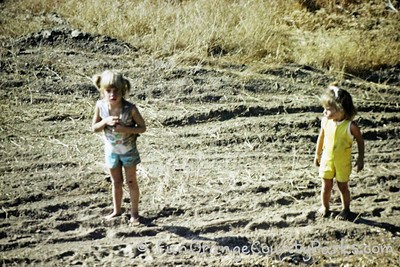 So as you read ahead, don’t think about the “should have’s” — think about decisions you might make moving forward. Ultimately, you know what works for you in your own home. I have huge respect for mommies and and daddies and the tough choices we all must make.

However, something inside me snapped this week when I read that “almost a third of children under 2 have televisions in their bedrooms” in a New York Times article entitled “Screen Time Higher Than Ever for Children.” What???

And while two thirds of children may not have a TV in their bedroom,

“. . . parents increasingly are handing their iPhones to their 1 ½-year-old kid as a shut-up toy.” (James Steyer, chief executive of Common Sense Media)

I refused to feel guilty when my own kids were younger and I allowed them to watch limited TV. The shows were educational. I chose channels without commercials. They still spent plenty more time outdoors than indoors versus the half hour to hour a day in front of the TV.  I felt things were balanced and they were happy.

All those extremes of violent behavior, obesity, and commercialism seemed like lame warnings. I was monitoring their viewing and that stuff wouldn’t happen to us.

The kids are now 7 years old and almost 10 years old. They are not violent, obese, or overly-commercialized.

Knowing what I know now, would I have done things differently?

Absolutely! Knowing what I know now, we would have watched less to none. 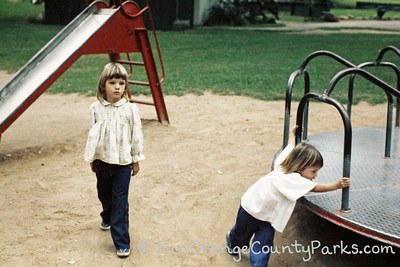 I want to be clear about the main reason WHY.  I think it can lead to serious attention problems.  It’s something I recognize in kids all around me.

I believe, from anecdotal experience, that too much screen time can lead to:

I always justified our habits with: “I watched little bits of TV when I was a kid and I turned out okay.”

But I didn’t have ANY television before I was 2.  I didn’t have iPhones and iPads and DSs and Wii in my face. (Heck! ColecoVision wasn’t until after 5 years old.)

With my own kids, I started asking myself: “Is there something better we could be doing than watching TV?”  My answer was always “yes” and so the choice became easier.

Every day, it’s my wish that every child in our community get more hours of play – and especially play outdoors – than time watching television or playing Wii or playing on an iPad.  I want to see their imaginations soar. I want them learning about the world from being IN the world. I want kids included in all our little routines.

Participating in those little routines at ages 0-2 will shape them into big kids and adults who will know how entertain themselves — and even, to sit still at the table in a restaurant without a “shut-up toy.”

Photos from my own childhood neighborhood and play time with my sis.

Don't hate yourself!!!! Remember - I said no guilt!

We can only do what we can do. If you weren't cooking, they'd be getting junkie fast food and bad nutrition. Always trade-offs. I have so much respect for moms of twins!

You are awesome - don't be so hard on yourself!

I so agree with you! However, I am guilty of turning on the TV when I'm cooking. I have a baby gate betw. the kitchen and the living room and if I don't turn on the TV, my 20 month year old twins start chucking things at me to the kitchen because they want me out of there. When I emerge out of the kitchen, I see them almost glued to the TV screen (there's a gate in front of it as well) and I hate myself.