I’m that natural tour guide type who highlights points of interest or meaningless trivia everywhere I go. Turns out, I may be relaying the wrong information every time I open my mouth! If I say it with authority, though, people believe me. Apparently, my misnomers and mistakes abound. This sampling is probably just the tip of the upside-down ice cream cone.

I’m going on record right now to correct these errors and get them out of my head and into yours! 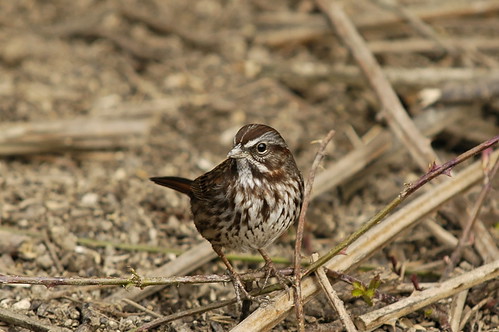 What I Thought I Knew About Birds: This is a finch.
Correction: This is NOT a finch. It’s a song sparrow.  Most of the birds I thought were finches are actually sparrows. Doesn’t matter. They’re cute no matter what you call them.

What I Thought I Knew About Flowers: I was sure that the top photo in this post was called a Star of Jerusalem or Star of David flower.  I knew it grows on a vine and isn’t very friendly to other plants.
Correction: Nope! It’s called a Passion Flower. Thanks to Debi at GoExploreNature.com for that one.

What I Thought I Knew About Puff the Magic Dragon: “Ceiling wax and other fancy stuff.”
Correction: Sadly, I just figured this one out. The other day, I’m thinking: “What is ceiling wax anyways?” Oh! It’s sealing wax for letters! Duh! 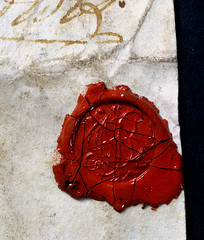 Photo credit: Seal of Nathaniel Wells by The National Archives UK, on Flickr

What I Thought I Knew About Ducks: Nothing. I never claimed to know anything about ducks.
What I Learned: When ducks do that thing where they eat stuff off the bottom of the pond and their tail feathers stick up out of the water, that’s called dabbling.  Cool! A new word. 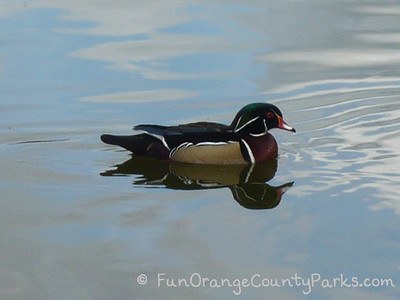 My conclusions: I know nothing. But I’m eager to learn something new every day.  So please, feel free to tell me I’m full of you-know-what and then correct me.

This is so funny. I thought it was "ceiling wax" too, but never really thought about it. Thanks for clearing that up!

Confucius says: "Real knowledge is to know the extent of one's ignorance!"

The ceiling wax- love it!! I have some fun examples if the kids would like to see!! Again - love your blog - you made my morning!

Thanks for letting me laugh with you (not at you, of course!). You may have forgotten you were the one who taught me the names of some of the flowers growing in my own backyard (where we have tons of sparrows, BTW)!